"Volley keeps prompting for permissions to record my screen, but I already have..."

If the Volley desktop app for Mac...

...then you're stuck in an older version of the app.

This is because you are an early adopter and pioneer.  You have one of our early versions of the desktop app (1.0.7) that will get stuck in an updatable state, yet still sort of work.  The good news is, it's easy to fix.

How to fix it

1. From your "Applications" folder, drag Volley app to the trash.

4. Install the latest version of the Volley app for Mac.

6. Test to see if you can record a video volley and a screen recording volley.  If so, success!  If not, you may need to grant permissions.

How to grant permissions (after clean install above)

If the app says you don't have permissions after the above steps:

1. Quit out of the Volley app.

2. Open System Preferences --> Security & Privacy. Scroll down the left menu to BOTH the Microphone and Camera and check the box for Volley. 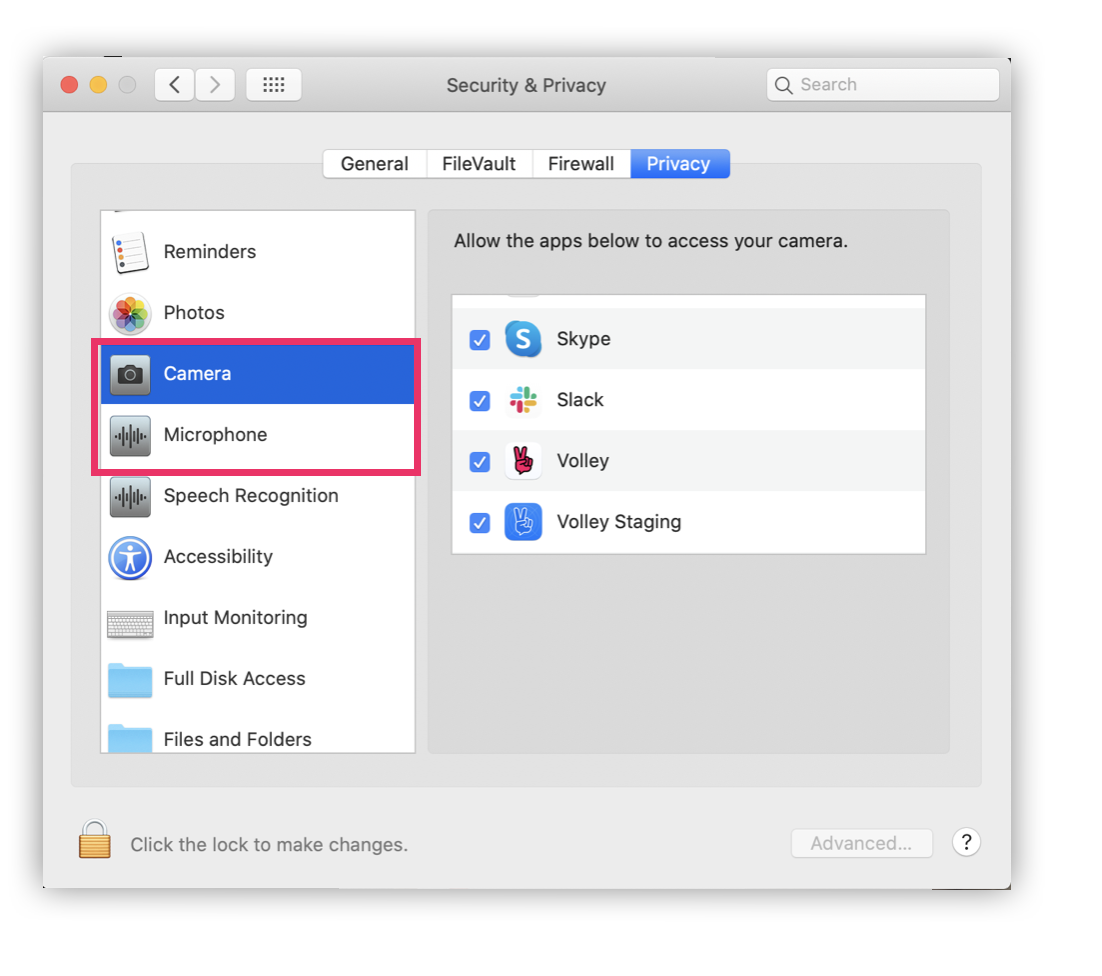 You should now be able to record all types of volleys.  Crack open a soda, pat yourself on the back, and put on some good music.

Can't find what you're looking for? Get in touch